So many of our learners have had to overcome challenges and barriers to achieve what they want. Read Liz's story of how she decided to realise her ambition to gain qualifications to succeed.

A determined learner reaches her goal

"The Family Learning Service started delivering GCSE maths and English courses in Bourne in 2015 in response to learner demand. The learners were a group of mothers of young children who, for various reasons, had not achieved while at school. All wanted to be able to access further education in order to progress in a career as their children grew older. The challenge to keep up with the course requirements was significant- a two year course was squeezed into weekly three-hour sessions.

Liz was an outstanding learner from the start with a 100 per cent attendance record and a high level of engagement and motivation, despite being the mother of five young children, one of whom is on the autistic spectrum. Like many parents in this situation, she was becoming something of an expert in autism and was managing to complete a distance learning qualification in the subject at the same time as studying English and maths GCSE. She was the epitome of the phrase ‘if you want something done; ask a busy person’ even finding time to bring in home-made cake to share with the group at the end of term.

Unsurprisingly, Liz did very well in her GCSE exams, obtaining a level 6 in both maths and English. Liz is a great example of a highly able person who, for reasons outside their control, under-achieved at school and can still get the qualifications required via a different route in adulthood. These two crucial GCSE grades will allow Liz to do whatever she wants, both academically and career-wise, opening the door to further and higher education."

Another of our learners has had to adjust to a different way of life and overcome her health difficulties to succeed.

Learning from each other

"S has been attending FL courses for several years with all of her 3 children and the Family Learning tutor has had the pleasure of teaching her for some of the courses. Since she began joining in Family Learning courses, both the tutor and school staff have seen her and her son develop over time and make progress. His concentration has improved massively. Mum is now more able to support him when he gets distracted and has learnt strategies through the activities taught in the sessions to bring him back to the task at hand.

On a personal note for her, mum has always said that she hates role play. She wouldn't take part in her children’s imaginative play because she said she felt embarrassed.  However, seeing other parents be involved during the sessions has given her a better understanding and with support from the tutor, she has played shops with him in one of the activities and seemed very relaxed doing so.

She has also found reading to be a struggle because of her dyslexia but now has the confidence to read a book out loud to the whole group. The teacher even suggested that she came into class to read to her son and his classmates, which was a big boost for her.

S has set herself the goal of finding a job so the tutor suggested that she volunteer at the school for a couple of hours a week to gain experience and to hopefully set her on her journey."

A rapid change for a cautious learner

S has continued to improve – and impress – throughout the course. When he joined the course in September, he was extremely quiet and shy, and was reluctant to join in with without an over-reliance on Google translate.

Since January, however, he has worked extremely hard, and has come on leaps and bounds - to the point now where he joins in conversations with the Level 2 learners, and often engages me in side-conversations.

As a result, he has progressed well from total Beginner to strong Entry 1 level in a short space of time.

"JH joined the course in the second week and seemed to be uninterested initially. She found some of the learners' confidence challenging and would be reluctant to share her views.

As the course progressed she felt confident enough to share that her daughter was finding reading a challenge and was receptive to ideas to support her learning at home and listened to ideas from the other learners.

During the course JH attended an interview for a TA post, in which she was unsuccessful in obtaining the position. She began the discussion of English skills, saying how she felt this had let her down in the interview. This led to all the learners undertaking the skills test with a view to enrolling on further accredited courses.

We discussed the option of volunteering in the school for her to gain experience. With support from the tutor, JH has spoken to school about becoming a reading volunteer and intends to sign up for the Paediatric First Aid course and Family Fun with Maths to support her aim to work in a school."

View a full list of courses by subject area. 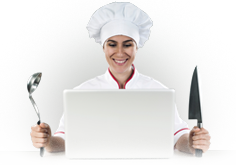